In our October 4, 2019, post we noted several news reports on the dismissal of an antitrust lawsuit alleging a conspiracy to inflate the price of Mexican government bonds. The original allegations of that suit are detailed in our post here.
Specifically, Judge Oetken’s September 30, 2019, decision (found here) found that Plaintiffs’ complaint failed to allege facts that “plausibly suggest that the particular defendants named in this suit were part of . . . [the alleged] conspiracy.” In other words, the court found that the Complaint lacked individualized allegations as to each defendant, and instead treated all defendants as one by relying on impermissible “group pleading.” For example, the Court found that the participation by one of the defendant banks (left unnamed in the complaint) in the leniency program of Mexico’s antitrust regulator, the Comisión Federal de Competencia Económica (“COFECE”) and public reports that COFECE was investigating the banks as each insufficient to plausibly suggest wrongdoing by the particular defendants named in the complaint. END_OF_DOCUMENT_TOKEN_TO_BE_REPLACED 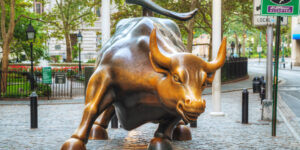 The SDNY recently published a decision in FDIC v. CSFB discussing, among other things, the statute of limitations for ’33 Act claims. While the discussion relates to the ’33 Act, END_OF_DOCUMENT_TOKEN_TO_BE_REPLACED 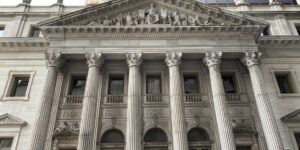 On October 10, 2019, the First Department issued a decision in U.S. Bank N.A. v. DLJ Mtge. Capital, Inc., 2019 NY Slip Op. 07327 [176 AD3d 466], holding that when an initial put-back demand is timely made and gives notice of the possibility that other nonconforming loans might later be identified, later notices of nonconforming loans relate back to the initial, timely notice. END_OF_DOCUMENT_TOKEN_TO_BE_REPLACED

Reuters, Bloomberg, and Law360 are reporting that S.D.N.Y. Judge Paul Oetken has dismissed an anti-trust lawsuit alleging that 10 major banks, including JP Morgan Chase, Barclays, and Deutsche Bank, colluded to inflate the price of Mexican government bonds. The court found that the complaint lacked particularized allegations with regard to any of the defendants and instead relied on impermissible “group pleading.” The plaintiffs have 21 days to request leave to file an amended complaint. END_OF_DOCUMENT_TOKEN_TO_BE_REPLACED