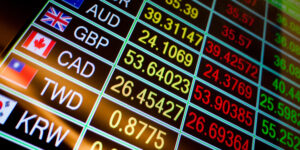 LAW 360 (subscription required) reports that four bank defendants–UBS Group AG, SocGen, RBS PLC, and MUFG Bank, Ltd.–have been dismissed from a pending foreign exchange bid-rigging action in the S.D.N.Y. District Judge Lorna Schofield dismissed UBS Group AG because the complaint did not allege that it had participated in the alleged manipulation activity, and that the plaintiffs had conflated it with other UBS entities. SocGen, RBS, and MUFG Bank were all dismissed for lack of personal jurisdiction, on the grounds that none of their conduct was directed at New York such that they could “reasonably anticipate being haled into court” in New York. The action, Contant v. Bank of America, remains pending against other defendants, including Barclays, BNP Paribas, HSBC, Standard Chartered, and UBS AG. END_OF_DOCUMENT_TOKEN_TO_BE_REPLACED

Today, CNBC, Reuters, and the E.U. itself itself are reporting that the European Commission has fined Barclays, Citigroup, J.P. Morgan, MUFG, and Royal Bank of Scotland a total of 1.07 billion Euro ($1.2 billion) for rigging the spot foreign exchange market for 11 currencies. The bid-rigging was carried out by traders from the various banks communicating with each other over Bloomberg terminals. The fines covered two separate schemes, one taking place between 2007 and 2013, and the other between 2009 and 2012. UBS received immunity because it had reported the bid-rigging schemes to the Commission, thereby avoiding a fine of 285 million Euro. END_OF_DOCUMENT_TOKEN_TO_BE_REPLACED