On March 22, 2019, the Ohio Carpenters’ Pension Fund filed a proposed antitrust class action in the Southern District of New York. The complaint alleges that Bank of America and NatWest (f/k/a RBS) conspired to rig the bid-ask spreads of Eurozone government bonds between 2007 and 2012. The complaint specifically alleges that the defendants were (nominally) competing “primary dealers” for the sale of the bonds to investors, but that they colluded to increase their bid-ask spread collectively in order to avoid competitive disadvantage and potential loss of the issuers’ business. END_OF_DOCUMENT_TOKEN_TO_BE_REPLACED 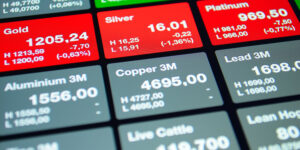 When the emergence of big data and supercomputing drew complex statistical analyses—event studies, regression analyses, ANOVA methods and the like—out of the classroom and into the marketplace, those paying attention knew that courtrooms would not be far behind. Today, these complex statistical analyses give market-watchers (potential Plaintiffs) unparalleled ability to identify unnatural market movement and ferret out manipulation. When incorporated into a complaint, these analyses—and the reasonable inferences drawn therefrom—allow market manipulation cases to clear the motion to dismiss stage and progress to discovery, where the machinations behind those unnatural movements are (theoretically) laid bare. END_OF_DOCUMENT_TOKEN_TO_BE_REPLACED

You know what else is new to these parts? Government-Sponsored Enterprises! Yes friends, this is the start of a brand-new miniseries here on the Manipulation Monitor. In this series, I’ll be tracking the ins and outs of several new litigations against the “usual customers” (read: the big banks), this time in their roles as horizontal competitors and dominant dealers of bonds issued by Government-Sponsored Enterprises, or GSEs. Complaints to date include the following: END_OF_DOCUMENT_TOKEN_TO_BE_REPLACED

On February 22, 2019, the City of Birmingham’s pension fund and various other benefit funds filed a proposed antitrust class action in the Southern District of New York. The complaint alleges that a number of major banks–Bank of America, Barclays, BNP Paribas, Credit Suisse, Merrill Lynch, Citigroup, Goldman Sachs, and Deutsche Bank, among others–conspired to manipulate the secondary market for unsecured bonds issued by Fannie Mae and Freddie Mac between 2009 and 2014. The defendants are the largest dealers in the $550 billion over-the-counter secondary markets, and the complaint alleges that they colluded among themselves to inflate the prices of bonds they sold and to deflate the prices of bonds they repurchased from investors, including the institutional investors who are the lead plaintiffs. Interestingly, the complaint relies on the fact that the bid-ask prices changed dramatically in April 2014 after the banks came under additional scrutiny due to the LIBOR manipulation scandal. The complaint also alleges that this conduct is the subject of an ongoing Department of Justice investigation. The SDNY antitrust action is before Judge Jed Rakoff. END_OF_DOCUMENT_TOKEN_TO_BE_REPLACED