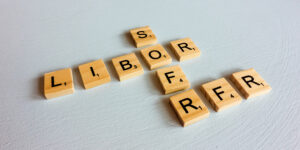 LAW 360 (subscription required) reports that a suit in the S.D.N.Y. against various banks alleging manipulation of the Singapore Interbank Offered Rate (“SIBOR”) has been dismissed by U.S. District Judge Alvin K. Hellerstein on grounds related to Plaintiff Fund Liquidation Holdings LLC’s standing. Specifically, Judge Hellerstein found that an agreement between the Plaintiff and FrontPoint Asian Event Driven Fund Ltd. and Sonterra Capital Master Fund Ltd. (together, “FrontPoint”) (who originally filed the suit) only assigned claims related to securities-related suits, not antitrust claims like those under the Sherman Act brought by the Plaintiff. The Court also denied a motion to approve a $21 million settlement agreement proposed by CitiGroup and JPMorganChase on the grounds that Plaintiff’s lack of standing meant that the Court did not have subject matter jurisdiction to approve the settlement. END_OF_DOCUMENT_TOKEN_TO_BE_REPLACED